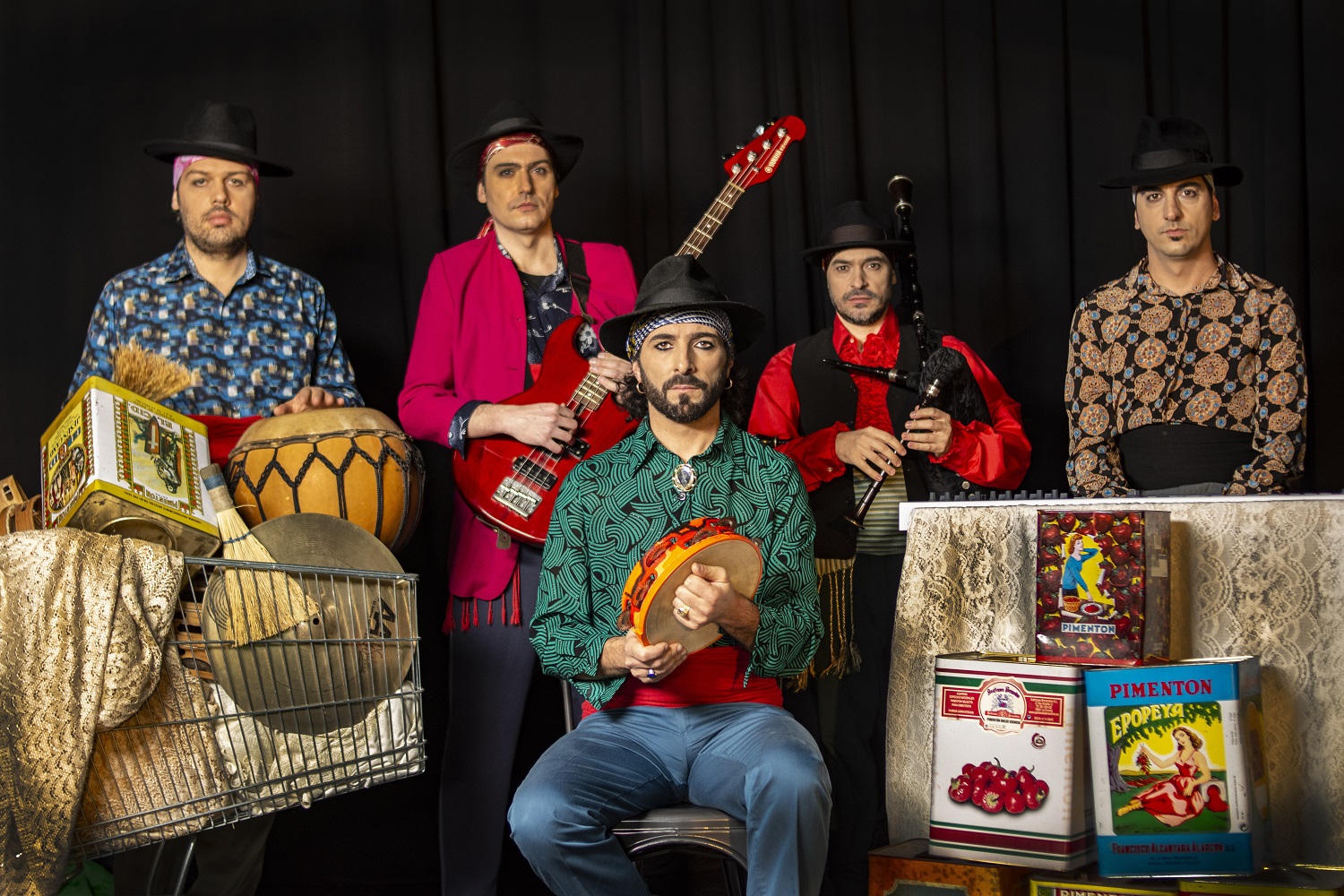 Xurxo Fernandes is one of the most unique voices on the current Galician scene, capable of innovating from tradition thanks to his vast knowledge of the field of collective popular creation.

Trained from an early age in traditional dance and song, his curiosity led him to undertake in 1994 a vast collection of traditional and popular songs in numerous Galician villages ; a collection that he has maintained for more than two decades. This fieldwork, through conversations and surveys, gives the artist a deep insight into the world of Galician oral tradition.

At the same time, he studies and collects the sounds of the Sephardic communities of Istanbul, Izmir, Sofia, Plovdiv, Samakov, Athens, Thessaloniki and Jerusalem. In 2013, he released his amazing project Jako el Muzikante, which recreates the atmosphere of the typical Amman cafes of the 1920s.

As a musician and performer, he created Radio Cos, a musical project with which he released two albums: Sete cunas (2013) and Pasasatempo (2017). In 2016, they represented Spain at the prestigious WOMEX festival. Over the last decade, Xurxo Fernandes has been leading the collective musical project, Pandeireteiras sen Fronteiros (PAN.SEN.FRON.), a proposal to expand and combine Galician rhythms and percussion with the traditions and sounds of countries such as Romania, India, Morocco or Italy.

In 2021 the artist combines the face of the traditional Galician singer and instrumentalist with that of the experimenter and researcher of oriental and Mediterranean music to create Levaino, a perfect symbiosis of his unceasing search for that unique connection that gives us that special sound.