Youtube Facebook Instagram Link
Caamaño&Ameixeiras is a duo tied to traditional music and dance. Formed by Sabela Caamaño (chromatic accordion) and Antía Ameixeiras (violin and voice) in 2018, this duo, in its short but intense career, did a large number of concerts, mostly in their native Galicia, but also in other parts of Spain and other countries. Mainly instrumental in nature, although also incorporating some carefully chosen vocal themes, Caamaño&Ameixeiras take tradition as their starting point, understood as something alive and in constant change, to later create their own language, with personal and intimate compositions and arrangements that maintain the popular essence but incorporate contemporary elements. 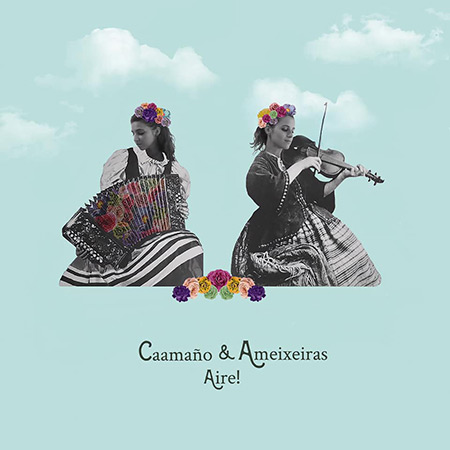